Advice on How to Achieve Your Goals — Part 2 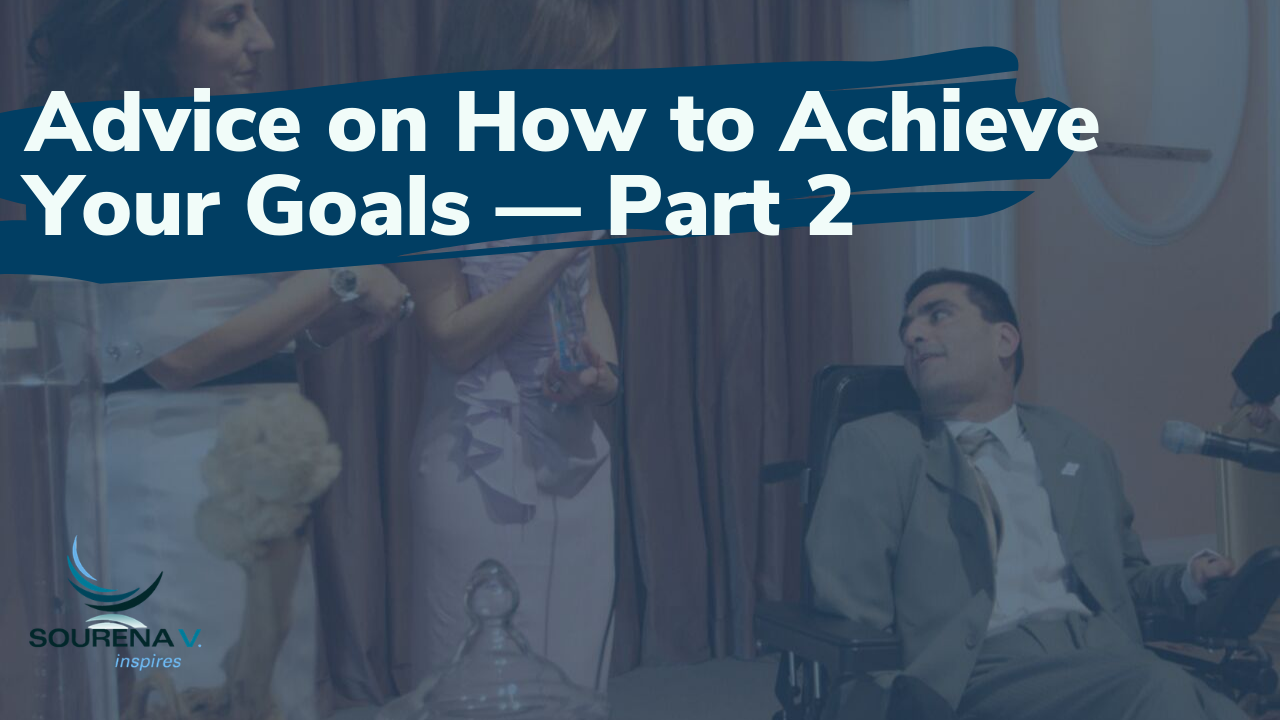 In the last few weeks when I was thinking about my own goals, I really tried to swallow my own medicine, buy what I was selling, or whatever cliché you want to put in there. I looked at my own behavior and tried to make as formal as possible. First, on the girlfriend front, I decided to email no less and no more than three girls every day my manager comes in. Also, I pick out three articles and have Kristi put them into a Word document so I can read them later as opposed to just saying “yeah, I should do this or that.”

The surreal part of all this is the fact that since I put my first blog post up earlier this month, I felt a duty to do everything on the list. Because I put it out on the Internet, I feel an obligation not only to myself but to everybody that reads my blog to keep my word. It’s not that I owe you any explanation but I just feel more accountable this way. It’s weird, I know. As a matter of fact, after I put the first blog post up, I got more than one email from my friends egging me on.

You may need to rely on or expand your network. One of my goals this year is to start working out and I know that I can not do it alone, so I hired a trainer who kicks my butt three times a week. I know without somebody pushing me every day that I would not work out. Even if I did, my trainer forces me to do things that I would never do on my own like doing another set of weights when I think I am beyond tired. You may also involve a friend who has similar goals. Make it a friendly competition. If you do that, you’re not alone. If you both want to go to the gym, you might want to go together just to keep each other honest and motivated.

When we set a goal, we have no idea where it is going to take us. If you are too obsessed with the direction you aim to go, you might either miss an opportunity or get caught up in the process. It is akin to taking a vacation and planning out every single detail of your itinerary. In this case, you may miss out on an opportunity to do something that you might never have imagined. You also run the risk of getting caught up in a schedule. There are times when you should take control of your process and there are times when you should let the process take control of you.

Break your goals up into small ones; if you look at your goals as a whole, then you might get overwhelmed. With my number one goal for 2011 dating in the past, I got overwhelmed because I thought I had to go gung-ho and 100 mph. In addition, I thought of everything that could go wrong. Although I am a pragmatist, there has to be some level of naivety when planning for the goal. If I started to look at the number of books that publish and fail every year, I would have never attempted to write a book. Sometimes we have to leave our head in the clouds, otherwise nothing great would ever get done.