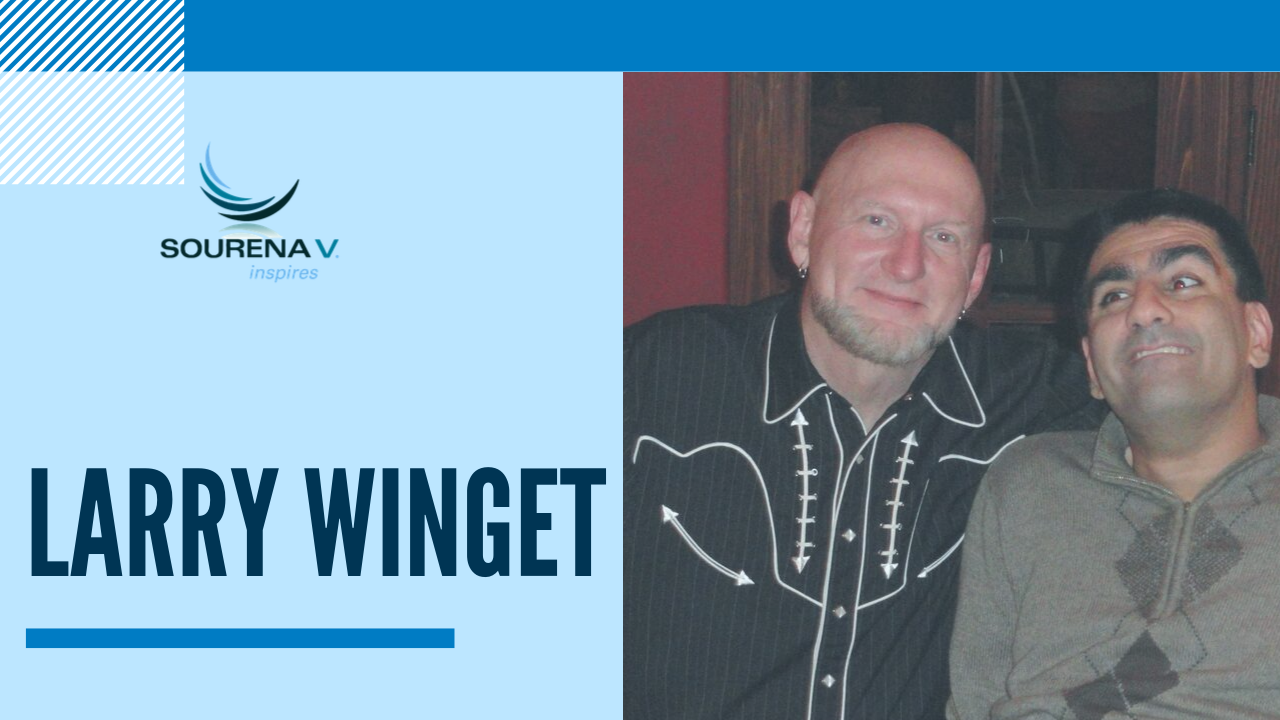 One of my favorite people is Larry Winget. In 2005, I gave my first speech to a group of Persian women with my father interpreting for me. At the time, I was working with Frank Miles who is my mentor and the first speaker who I ever met. At the time, he was helping me outline a speech which would eventually be the basis for my first book.

In the lobby, Frank and I were chatting about the business and I was soaking up everything that he told me. He told me about a speaker named Larry Winget who was the top marketer in the speaking industry. I went home after the speech and bought some of his training materials including a book on speaking that I must have read a hundred times. I consumed Larry’s books and his training videos. I even sent an email in the early days of my speaking and he replied wishing me luck.

For the next few years, I followed Larry online and read his books. In 2011, I signed up to attend the annual meeting of the National Speakers’ Association. Before I went, I checked the agenda and saw that Larry Winget was going to promote a keynote. I never get star struck, but I felt like a teenager going to the hottest concert, and I think I screamed like a thirteen-year-old girl. I was going to see Larry, himself.

The reason why I have a curiousity about Larry is because I was born with cerebral palsy and all my life people were always telling what a great job I was doing, but I wanted way more. I always wanted a business and amazing experiences. Which brings me back to Larry. Larry’s brand is brash and he calls himself the pitbull of personal development and the world’s only irritational speaker. He speaks about personal responsibility, not being a victim, and he says, “if your life sucks, that means you suck.” All my life I received enormous praise. The downside of the praise was the fact that I needed more of a push and I got that push from Larry albeit virtually. This is why I was so excited to meet him.

I arrived at the meeting of the National Speakers’ Association the night before Larry spoke. As I grabbed a bite to eat, Larry was in a booth sipping on some scotch and laughing with a couple of colleagues. I did not want to disturb him. The next day, I went to his session and drove my chair to the front of the room. I watched Larry give an amazing speech about the industry and talk about how to find and own your piece of the market.

After the speech, Larry was autographing books, but I decided to grab a bite before I engaged him. After I ate, I went looking for him, but he was gone.

A couple of weeks later I saw that he was hosting a speakers’ roundtable with Joe Calloway, another hall of fame speaker and bestselling author. To top it off, after the event everybody would go to Lerry’s house for dinner. I had to go. So, I went. Before I attended, Larry and Joe emailed me and told me to send my book, marketing collateral, and any videos. I received an email a couple of days later telling me that they loved my stuff and they were looking forward to meeting me at the event.
The event was absolutely amazing because I was at the roundtable with ten other speakers and two absolute masters of the industry talking shop. The event was awesome and the party was a dream come true.

I signed up for ongoing coaching with both Larry and Joe which meant that they would answer any of my questions. What struck me was that every time I would email Larry or Joe one hundred percent of the time they would respond to me within twenty-four hours. Most of my questions were quick and simple, but there were times when I would email them a one hundred manuscript or a video of my speech that needed to be critiqued.

I have been an inspiration to many. However, Larry and Joe are two mine. They remind me of what dedication, hard work, and personal responsibility look like.

Join us for a conversation about personal responsibility, getting stuff done, and commitment. I talk and write about all these issues, but I cannot think of a better living example than Larry.  You can watch the interview with Larry Winget, Jamila Dulan, Chris Stevenson, and me below.

Do you want to achieve Big Dreams? Take our FREE e-course at: www.BigDreams101.com