May I have your autograph? 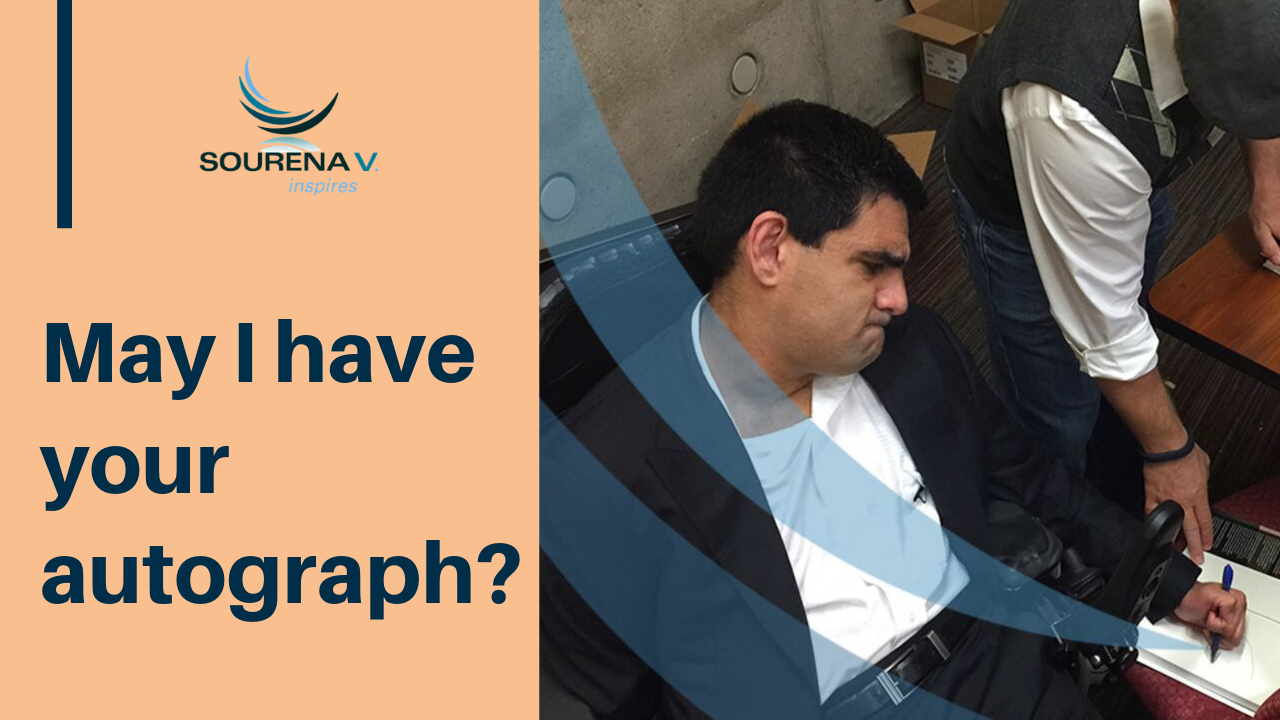 Last Sunday night, the Cowboys were playing the Eagles and after the game, Jesse Palmer asked for the autograph of Michael Vick, the Eagles Quarterback. This whole week, the media has been arguing whether that was a good move or a boneheaded move. I personally think we should admire our colleagues; Vick is at the top of his game, so I see nothing wrong with Palmer wanting his autograph.

I have been wanting to write a post about autographs for a while. I guess now is the best time. I never understood the value of autographs. Is it an excuse to get close to somebody you admire? Is it something that you can put in a bookcase? When I was 17, I saw Will Smith in the mall and my mom asked me if I wanted to go get his autograph. I said no. I have to admit I got Pete Carroll’s autograph the first time that I gave him my book but that was on a football and somehow a football is different than a magazine or a piece of paper. I still have the football in my showcase and it looks beautiful. At the time that I got his autograph, I did not know that years later we would still be friends.

As an author, people ask me for my autograph and whenever they ask me I can’t help but look around to make sure they’re not talking to someone else. The best that I can do is scribble an S onto the page and that’s all they’re getting. I guess it’s kind of cool because I don’t have to think up corny lines like, to my biggest fan. No matter how small the book is, people want your autograph. So if you want people to get your autograph, print up a book with your picture on it with empty pages and call it new age art. Guess what? If you give 20 away, 3-5 people are going to want to ask for your autograph.

My two favorite stories about autographs come from the sports world. Rich and I were giving a speech at the rotary club in the San Fernando Valley and one of the new members was Ross Porter. He used to be one of the play by play announcers for the Dodgers and I grew up a big Dodgers fan and a fan of Ross Porter. He bought a book and I signed it. On the way back to my office, I turned to Rich and said, did Ross Porter just get my autograph and I did not get his? That brought a smile to my face.

The second was the day my story aired on ESPN. That day, Rich and I went to the game and my story aired that morning. Up to that point, it was the biggest media hit we had received. The reporter that interviewed us, Shelley Smith, called Rich and told him that the ESPN group (the crew of Game Day and sideline reporter Erin Andrews) wanted to meet us. I had some books in my bag and during the fourth quarter, we headed down to the field. I met up with the group, which included Doug Flutie, Kirk Herbstreit, Lee Corso, and Chris Fowler. I was excited to meet them and Rich and I were breaking down the game with Doug Flutie, but I had no desire to get their autographs. Here is the cool part: When I told Lee Corso that I brought everyone books, he asked me if I was going to sign the book for him. Now, for those of you who don’t follow sports, Corso is one of the best commentators in college football and he asked for my autograph. I thought that was pretty cool. Every ten minutes he would turn to me and say, are you going to sign my book? The only problem with that day was that I forgot to bring my camera. Rich snapped a couple pictures with his camera phone and I will never forget that day.