Who Do You Really Know? 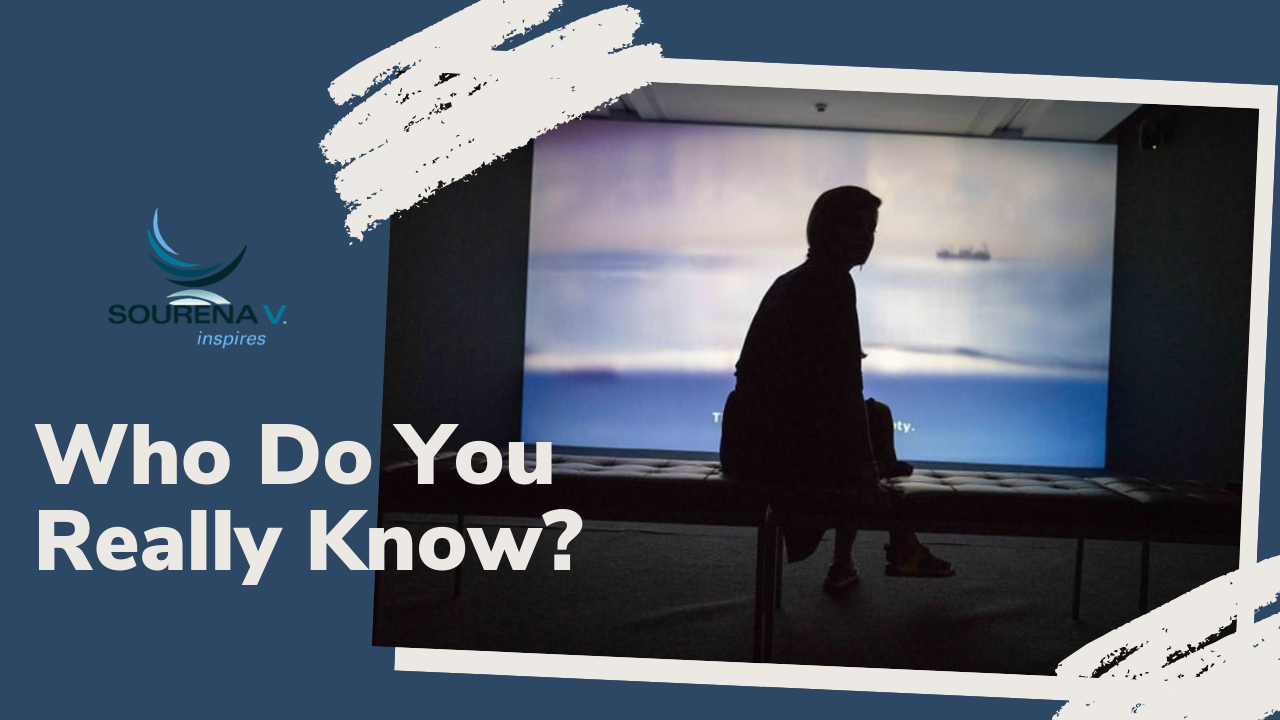 Have you ever worked with someone for a couple of months then one night have cocktails together and see another side of them that you didn’t expect? Or how about that brother-in-law that one day actually turns out to be cool?

Last week I talked about my friend Frank, who was on America’s Got Talent. A part of me was disappointed that you only got to see one side of him. By the way, did you know that he does a great Woody Allen impression?

I had the unique opportunity of meeting a couple of big celebrities and many sports commentators when I was hanging out with the USC football team. In almost every case, each one had a different personality and human element that the public doesn’t usually get to see.

One of my favorite things on television is when Brian Williams, the anchor of NBC Nightly News, visits Jon Stewart. On the news he might seem like this uptight guy, but when he visits The Daily Show, he is downright funny. Do we really know the people we idolize? Do we really know our good friends? Do we know what makes them tick, what makes them happy, and what  scares them? I’m not sure. What if you sat down at a restaurant and two tables down was your soul mate and you never got a chance to talk to him or her? Have you ever thought about that? I know I have. It’s a scary thought, isn’t it?

I often wonder what opportunities we are missing out on just because we aren’t at the right place at the right time or we aren’t in the mood to talk to the person at the next table at a restaurant or would rather catch up on emails instead of eating lunch with our colleagues.

A couple of stories:

My senior year at USC, I put up ads for a roommate who would be responsible for helping me out in the morning and at night. I received an email from a guy named Sami, who I interviewed one day in August of 2000. I explained what I needed and he said he would call me later that week. He called me that night and said that he would live with me. Sami is now one of my best friends. We travel together and I was invited to his wedding last month; we have a bond that can never be broken. One of the reasons that I got to know him and vice versa was because he had to help me two hours a day and that turned into a life-long friendship. What if he had been scared of my disability? What if he didn’t have the time to assist me? Then what?

Earlier that same year, I was sitting at my dad’s restaurant and just about to leave and meet a friend at my house. At the very last minute, I decided to first have a drink. There was a couple at a nearby table with their young daughter and the husband asked my dad if he could talk to me. I think he was curious. He approached me and introduced himself as Amir. The first question I asked him was, “So, what do you do?” (Because that’s what we do in Los Angeles.) He said he was a ticket broker. I told him I liked the Lakers. He gave me his phone number and while his wife was paying the check, my dad—in the usual fashion—told her that I was attending USC. His wife told Amir, who was impressed with this information. All of a sudden, he asked if I wanted to go to a Lakers game the next day. We became friends and have had dinner a couple of times a year ever since.

A couple of years later, I was frustrated with my job search and wondered if motivational speaking was a good path. Amir said that he met a motivational speaker and asked if I would like to meet him. I told him I would and a few months later I met my mentor, friend, and now tv star, Frank Miles. Where would my life be if I didn’t grab a drink or my father didn’t brag about me? Or if my friend had not made his generous offer?

I love people. I study people. I like to find out about people.

In the world of Facebook, Twitter, and text messaging, the art of getting to know people is lost. How often do you ask somebody how they’re doing, but just expect them to say that they’re fine and move on? Do you really want to know the answer or are you asking them for the sake of asking?

Take a couple of minutes today to make an effort to get to know others. Start with the people around you and see if you can make any new connections or make a stronger one. You never know, you may surprise yourself.