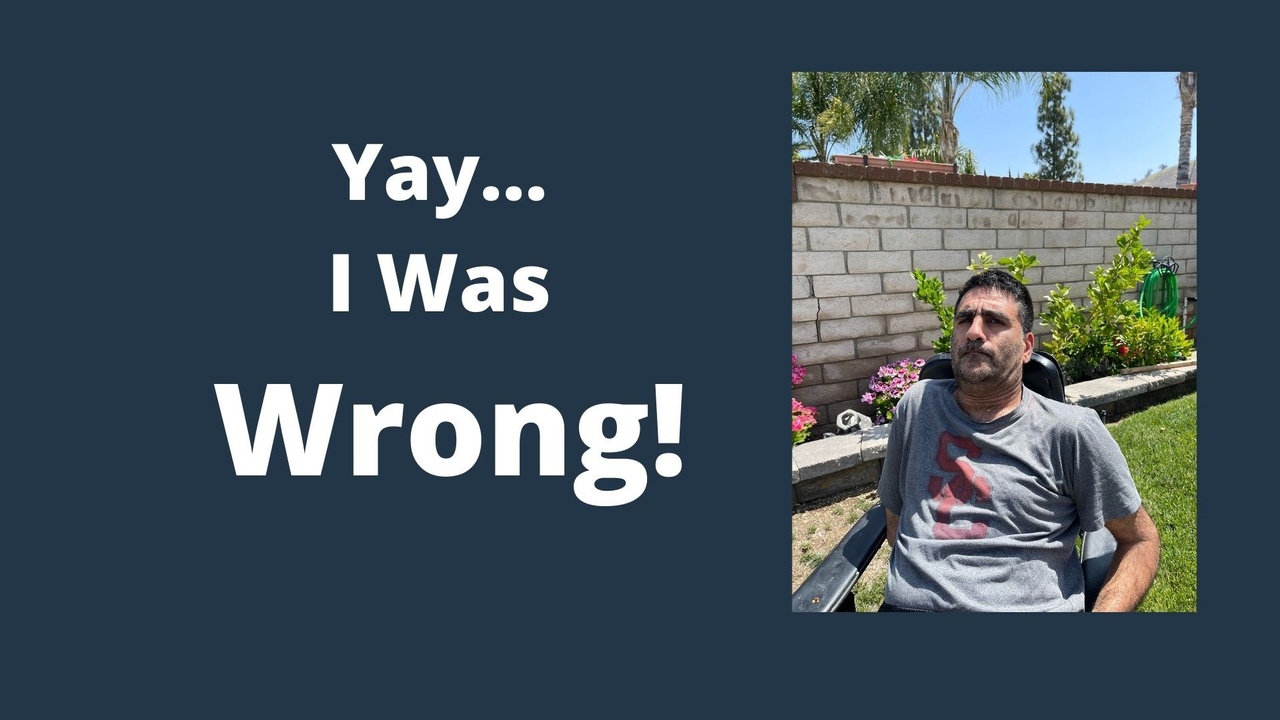 Confirmation bias is when we look for evidence to validate a position. But admitting when you are wrong can be liberating. No amount of belief will get you to your destination if your car is on the wrong road. The only option is to admit fault, check your ego and pull out a map.

Twenty years ago this month, I graduated from the University of Southern California. Three years before that, I hit one of the biggest challenges in my life. My disability felt like an anchor and sometimes I worried that the only people who would help me were my parents. These thoughts regularly crept into my mind when I thought about the future, however by the time I reached the age of 20, I was pretty good at dismissing them.

But then one day I could no longer suppress these feelings. I had chosen a school that was in driving distance of my house, yet I became haunted by whispers that if I were not disabled, I could attend a bigger college.

After about eleven months of fretting, I revealed this worry to my favorite professor and he just blurted out, “you should go to USC.” I responded that this was impossible without some help. His answer was sharp and simple: “well then, get help.”

For many days afterwards, that conversation stayed in my head. I thought of every reason I was right and he was wrong. After all, he did not know about my tough morning routine. And he had no idea about the embarrassment of asking somebody to help me in the restroom. He had to be wrong.

That Sunday night my friend, who happened to be at USC, called me. He had just started studying and told me everything about the college. It sounded so amazing. We hung up and I started to cry. My dad asked what was wrong and through tear-stained eyes I said, “I’m going to USC.” So, I went.

When we are shown to be wrong our ego and identity are hurt. But imagine the pain of spending weeks or even years on the wrong path. And all this because you were afraid of bruising your ego for a couple of days. After all, even bruises heal eventually.

When my professor suggested I go to USC, it was my ego that told me he was wrong and I was right. It turned out that it was the other way around.

Don’t be afraid to admit you’re wrong. Twenty years down the road you might find that admitting you were wrong was the best decision you ever made.